Countries in Central and south America are prominent in the list of easiest second citizenship countries. These countries have very flexible requirements for citizenship programs. we have already talked about easiest permanent residence and citizenship program of Paraguay for foreigners. Uruguay, a country in south America also has some easy and straight ward programs for foreigners who want to come and live in Uruguay permanently.

Uruguay is second smallest country in south America; it has its borders with Argentina and Brazil. Official and national language is Spanish, however English and Italian is also spoken commonly in the business communities and young generation. Capital city name is “Montevideo”. Total land area of Uruguay is 176,215 km² with 3.46 million population. Uruguay Currency is Peso (UYU). Uruguay is famous for its verdant interior and beach-lined coast. It has its good name for stable political system, least corrupt country and the highest literacy rate around 97.3% average in Latin America. Education is taken very seriously in Uruguay and it is the first country which distributed free laptops among the students. There is no official religion in Uruguay and it claims freedom of religion in the country however less than 50% of population is catholic and around 9% is Christian. Montevideo, Salto, and Cuidad de la Costa are the largest cities. Agriculture, cattle breeding and forestry are major industries.

According to the Wikipedia https://en.wikipedia.org/wiki/Visa_requirements_for_Uruguayan_citizens

Uruguay has much more European look than any other country because a lot of people from Europe, Australia, Canada and other developed countries have already moved to Uruguay. So, if someone want to spend life in European environment, Uruguay is best and cheapest option. It is the best choice if someone want to have an alternative travel documents/ second passport to get travel freedom. Though Uruguay is smallest country in south America, yet it is the richest country in south America with it highest GDP per capita income. Health care system in Uruguay is perfect and suitable for foreigners living and working in Uruguay. Private medical treatment cost is also affordable and competitive as compare to many other countries. Buying, selling and leasing of property is easy for all. Uruguay has clean water, clean air, clean streets and consistently temperate climate, so people who have breath related diseases can easily adjust in this atmosphere. Uruguay has an open economy, easy to shift investment inward or outward of the country and with free convertibility of the currency. Banking system is very solid in Uruguay. Foreigners and local investors are treated equal, private property has more respect.

Normally visitors are issued a tourist visa for 90 days’ duration, this tourist visa is extendable and convertible. This visa can be converted into permanent residence visa as long as stay in the country haven’t exceeded to 180 days.

This is a most popular and common visa which is issued to the foreigners who want to move to Uruguay. There is no special requirement for this visa but generally applicant should have minimum 1500USD income per month for single applicant. This visa holder can apply for citizenship too.

Applicant must have job offer with job contract from some employer of Uruguay to apply this visa. Job contract must include information on the company, the salary, and the terms of employment. This document must be notarized. Normally, employer this visa on the behalf of applicant.

This visa is almost same Rentista visa with little bit changes in visa policy. This vis holder can import/export and can apply for citizenship too.

Uruguay immigration policy is to welcome foreigners without any quota and limitations. Investment is not required to apply residence permit. Only need to meet a few simple requirements in order to apply Uruguay residence permit. Initially required documents are applicant’s birth certificate, police clearance, marriage certificate, proof of sufficient funds to bear the expenses of living in Uruguay. All these documents must be translated into Spanish language and apostilled by the ministry of foreign affairs before leaving for Uruguay.

Applicant on tourist visa may apply to change his immigration status or visa status. When application for change of status is turned in, a Temporary legal residence/ temporary ID document is issued to applicant. It is generally called TRC (temporary residence card). TRC card holder has access to everything as if he had permanent residence. The applicant’s file goes through different legal process and verification. More documents like proof of address will be required to get permanent residence after 3 months of  getting TRC. Normally it takes 1-2 years to get permanent residence.

Here’s a simplified version of the steps:

Uruguay allows dual/triple citizenship. To get citizenship through the process explained above, applicant have to wait for 5 years to apply for Uruguay citizenship/second passport. However, if applicant marries a Uruguay citizen, citizenship can be applied after 3 years. This process is called naturalization. But it is not sure that application will be granted citizenship approval for sure. Immigration wants applicant to live in Uruguay in really meanings. So when applying citizenship, some witness from Uruguay citizens may be required that applicant is really living in Uruguay and has strong ties with the country. Some doctor’s appointment slips, bank account, some club membership cards may be demanded. Applicants need to live in the country 9-10 in first year of stay. But still immigration and judges remain reluctant to grant approval for citizenship. So we can say that getting permanent residence and living in Uruguay is easy and cheaper but getting citizenship and second passport is, no doubt, really very hard because application for citizenship is rejected with some strange logic despite making strong tie with Uruguay and living continuously several years in the country. 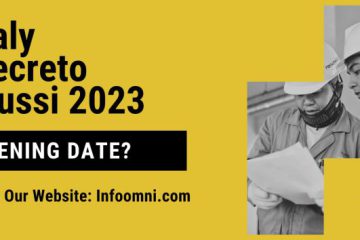