According to Nupur Sharma news, the Supreme Court has asked her for a statement against the Prophet lead, will this lead to her arrest? Under her offensive accusations, the Bench in an open court said, she has ignited this flame of emotions and is responsible for the protests and current situation all over the country. All the comments being passed in the Supreme Court are due to all the FIRs filed in different states against her. She’s in no condition to ask for a plea. Even after all the FIRs and her statement on national television, Amit Shah’s police were so quick when it came to arresting and harassing Mohammed Zubair instead. On the other hand, if we talk about Ms. Sharma’s concern, all the action is missing. The arrogance of those in power just exceeds the limit of protection of their own.

As the Nupur Sharma news is linked to Mohammed Zubair, it’s no longer a secret hidden from anyone that he was arrested and charged with multiple acts of harassment by the Delhi Police. Just following orders of the Home Ministry, because Nupur Sharma’s comments were shared on TV by Mohammed Zubair. Everything was done legally and by facts to expose the truth and hate-mongering. As expected the police have tried to take revenge on Zubair by using his Tweet in 2018, a reference to a film made by Hrishikesh Mukherjee. Four years have passed and there were no “religious emotions” hurt, nobody said anything. Unfortunately, suddenly some social media accounts reported a complaint about his old tweet, and here come the Delhi Police doing their job.

The latest Nupur Sharma news includes an interview with the news portal known as OpIndia, she blamed Zubair for trolling her and giving death threats. Cyber Crime is responsible to locate the official source of the death threats she’s been receiving and arrest them. No one has the right to send threats of violence to anyone and legal steps should take against such persons. The main concern is why blame Zubair without any key evidence? The only thing he did was share her words on national television and for which she regrets and apologized. While analyzing the whole situation the Supreme Court said her apology was half-hearted and it was time for her to apologize in front of the whole country. Many people have seen her full video and it’s strongly criticized. Are the judges responsible for the death threats? Any protests will be organized against the Bench?

The same source provided support to Nupur Sharma to blame Zubair is now being openly offensive on the court comments. There editorial desk states, that the Supreme Court has not stopped blaming Nupur women for brutality and murders being committed in the name of Islam by some religious fanatics. The SC has not even mentioned any single statement of violence, murder, fanatics, or Islam. Justice Surya Kant said it’s clear that it’s all Nuour Sharma’s fault as she spoke in such a manner that ‘provoked’ the Islamists, not their fault as they have already declared war against anyone who speaks blasphemous against Islam. Since it’s been declared by the Supreme that the murder of a Hindu citizen for just sharing a social media post in Sharma’s support is her fault, she has become a victim of her own violence. In the upcoming days, the Supreme might say that she deserved it. 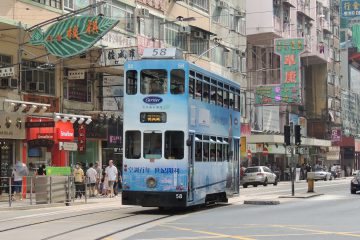