Is nakal kafala after the iqama expiry possible? This is the topic we are going to discuss today. As we all know people living in Saudi Arabia face many problems during their employment period. The Ministry of Labour also known as the Ministry of Manpower and Social Welfare of Population is an institution responsible for solving any problems that foreign workers face. They have established labor courts because of the increasing number of conflicts between employers and employees.

As an example of the disputes between employers and employees, a person concerned about this matter on Twitter, ‘the sponsor is not allowing nakal kafala after the iqama expiry, the profession is a domestic driver, what should be done here?’ In response, jawazat said that the Ministry of Labour also known as the Ministry of Manpower and Social Welfare of Population is referred here in order to get a dispute resolution. An application should be sent to the existing official so they can come up with a decision after reviewing the whole situation.

Many people are not aware that in Saudi Arabia, a special institution is also established for the protection of the rights of foreign workers, known as the Arabic “Hiya Taswiyat Al-Khilafat al-Amalia”. This department is basically a part of the Ministry of Manpower and Social Welfare, and conflicts between employers and employees are resolved by them. Every sponsor should know that according to the law, the sponsor is responsible for an expired iqama and renewal on an annual basis.

Therefore, the sponsor is strictly advised to assure the timely renewal of the iqama of his employees. In the case of the nakal kafala after the iqama expiry, the worker can file a complaint with the relevant institution of the Ministry of Manpower, it’s his right. Apart from the expired iqama, other issues like the salary or dues not paid can also be raised.

On the other hand, if the employee escapes from Kafeel, the case is filed against him, after which the case filed by the worker will be of no use, so it’s advised to work with the sponsor and sort out the matter legally.

A person asked another question on Twitter said, ‘A traffic challan which is 150 Rials can be issued even if iqama is expired?’ Juzaat replied that if the foreign worker has any violation records, the final exit will not be valid in the system until the challan is paid. In order to keep your relationship good with the official affairs, the foreign worker is advised to keep his record clean in the justification system and there is no recorded violation against him. Hence, nakal kafala after the iqama expiry is not possible and the old sponsor will have to pay the iqama renewal fee. If he doesn’t pay the renewal fee you can reach the Jawazat for help.

If you don’t pay a traffic challan or another violation is broken, the worker’s file is temporarily suspended. The challan should be paid to reopen your file and lift the violation charges. A person asked that he was residing in Saudia as a domestic driver. 2 years ago, he went to Vauda, ​​but could not come back. Is it possible for him to visit and work again on a new visa? In this regard, Jawazat said that according to the Iqama laws, workers who go on final exit and don’t return within the specified period are guilty of violating the final exit law. Such persons are restricted from entering the Arab countries for three years. Once these years are passed they can enter the country on a new visa, otherwise, they can also come during the ban period if they get a new visa from the old sponsor. 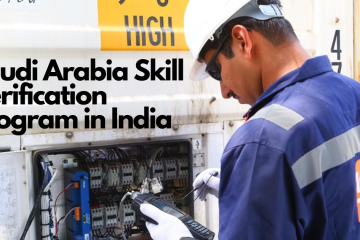