The matter of Mufti Aziz ur Rehman is now a hot topic on almost every platform of social media. It came under discussions after a video went viral in which mufti was involved in a sexual activity with his teen age student.

Mufti aziz ur rehman has affiliation with a Pakistan’s Islamic and political part Jamiat Ulma e islam (JUI-F) and is one of leaders of this organization.  After this video being viral in the public, the administration of Jamia Manzoor ul Islamia terminated him and expelled him from his current institution where he was doing his services.

According to Pakistani newspapers, the investigation police arrested him from Mianwali city. In a press briefing, the police department revealed, Mufti aziz ur rehman has made confession of his crime.

Before arrest, He was not willing to confess guilty, and claiming the video scandal as conspiracy against him. However, the latest press release by police department confirmed that Mufti has confessed his crime and will be treated under the necessary Pakistan penal code charges.

In his statement of confession, he said, he is feeling guilty of assaulting a teenage, and ashamed now. The victim Sabir Shah made his assault video secretly, when mufti came to know about the video, he tried to stop Sabir shah from sending this video to public but sabir shah made it public.

On the other hand, the victim Sabir Shah is facing serious life threats from sons of Mufti Aziz ur Rehman and mufti aziz ur rehman confessed that his sons are threatening the victim. The victim is facing serious shame and want to commit suicide and appealing government to provide him with justice.

Mufti Aziz ur Rehman is currently in the custody of police and has been presented before court in Cant. The court ordered police to conduct DNA test and medical test of both the accused and the victim for further investigation.

According to latest news by Pakistan’s local newspapers, two sons of Mufti aziz ur rehman are also arrested. One of his friends was also arrested but later he was released on bail.

A serious anger is flaring among Pakistani public on social media. The electronic and print media is also throwing light on this matter. A large number of such incidents have already been reported in Pakistan. It is high time for the government to implement the laws and make sure the safety of its public. 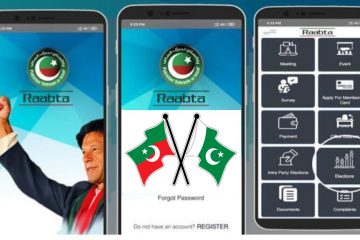